The British chapter of the Black Lives Matter movement says that they have the “full support” from its American counterparts in their latest massive protest that has all but stopped travelling from a major airport in London. They claim that the climate crisis is a racial crisis, and they completely blocked planes from using the runway after a group of them chained themselves together. The airport was on complete lockdown  for six hours because a bunch of “racists” wanted to get to their destinations.

Apparently, their argument is the premise that “Britain is the biggest contributor per capita to global temperature change and is also one of the least vulnerable to the effects of climate change,” Also, they say that “seven of the 10 countries most vulnerable to climate change are in sub-Saharan Africa.” Another claim states that “black British Africans are 28% more likely than their white counterparts to be exposed to air pollution.”  So in short, climate change is targeting black people. So apparenly, airplanes = pollution and rich white people fly in airplanes, therefore shutting down the airport is a great idea. 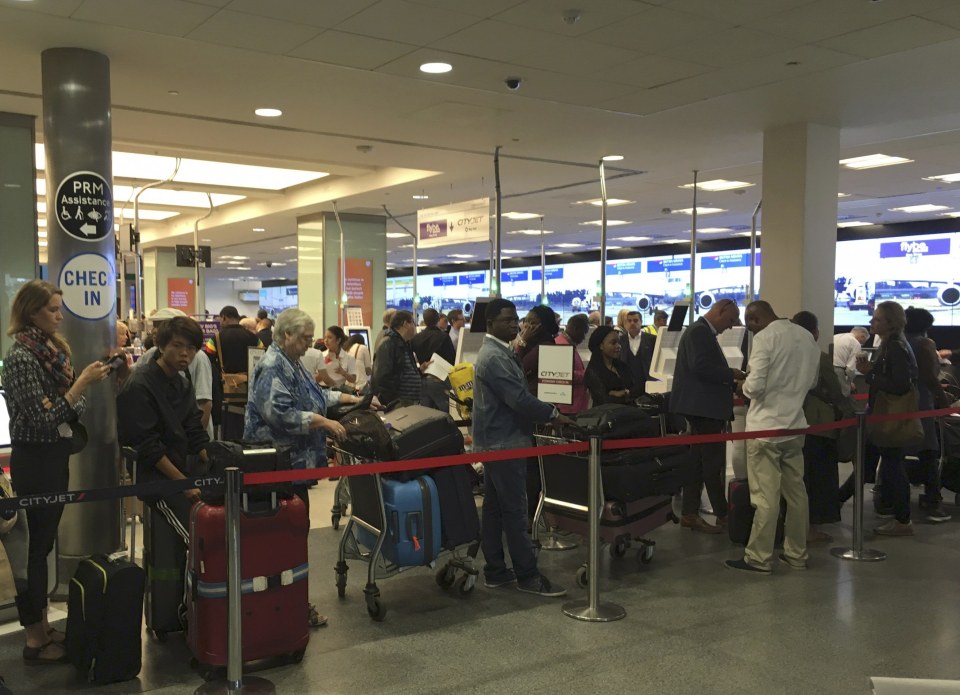 Ironically, all of the BLM protesters were white people, who almost instantly got disowned by prominent black activists. In a statement by one of the white activistis they said “We are coming under fire for the fact that the protesters on the runway today were all white. That is not an accident. Black Lives Matter UK is and has always been black-led. It should not be surprising that black people could pull something like this off. And it should not be surprising that we would be able to find nine white people who believe that black lives matter. There is a need for white people to take responsibility in a society that privileges them through racism and anti-black racism.”

The protesters reportedly swam across the dock to reach the runway. Passengers were not pleased at the group’s antics. All flights were either cancelled or delayed, and although some travellers understood the reasoning behind the protest, they were still put at a major inconvenience. A 49-year-old passenger, who asked not to be named, had his flight home to Nigeria cancelled and he and his two companions were facing a 13-hour wait for the next one. “I can only wait,” he said. “I’ve been given a voucher for some light refreshment. I’m angry.” Discussing the protest, he said: “It’s ridiculous. Life is life, black or whatever colour, I don’t see any difference.”

MAJOR Country Follows Trump’s Advice, Tells ALL Muslim Refugees To ‘Get The F*** Out!’